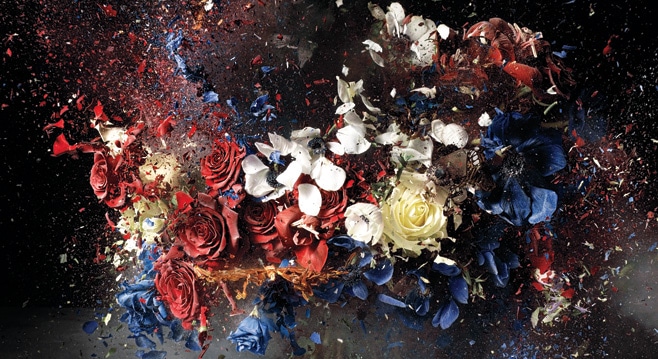 I like to share things that have influenced my art and creative process. This one is really outside the box.  I had never seen anything like Israeli artist Ori Gersht’s photos of exploding flowers.  The video that accompanied the show was particularly spectacular.  I admire his ingenuity and how he incorporated his frame of reference into his art.  Having a great idea is one thing but executing it with such precision is masterful.